Is Pakistan truly a democracy? 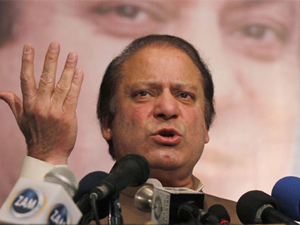 In order to answer that question, one has to explore what democracy means.

According to the Merriam Webster dictionary, democracy is defined as: “a government in which the supreme power is vested in the people and exercised by them directly or indirectly through a system of representation usually involving periodically held free elections.”

So, for Pakistan to truly be a democracy, it 1) has to have supreme power vested in the people, or the majority, and 2) have periodic free elections.

But is that the case? Or is Pakistan actually a bureaucracy, with a few privileged elite running the country and the majority being crushed?

Pakistan was founded in 1947, after independence from the British and partition from India. In the bitter fight over land and resources, landowners in Pakistan hoarded as much land and wealth as possible, trying to preserve their way of life. These landowners would later become involved in the political process of the country and continue to accumulate wealth and power. Pakistan’s legislature is composed of a 100-member Senate and a 342-member National Assembly (or House of Representatives). Most of the representatives of the National Assembly are part of the landowning class. Not only would they control the farmers or poor working class populations of their constituencies through economic subjugation, they would further assert authority by making sure they alone had political power. Never will you hear about a poor farmer in Pakistan’s history who was able to become elected as a minister or state representative. As long as the landowning class flourishes in Pakistan and rises up by stepping on the backs of the poor, how can economic or political equality ever be a possibility?

The landowners or zamindar own hundreds, some even thousands of acres of land, mainly in the states of Punjab and Sindh. While they do little work on the land themselves because of an elitist mentality, their farmers or serfs do backbreaking labor for a few dollars a day. More than half of these farmers are in debt, most of whom have had to borrow money from the landowners themselves. Some spend their entire lives trying to pay back the debt, but dismally low wages and lack of supplementary income prevent these farmers from ever breaking free. Furthermore, as almost all of the farming class is illiterate, they have no other opportunities for progress. The mentality that farmers have no need for a proper education still prevails in Pakistan, with trade and agricultural know-how taking priority over a conventional degree. An added social stigma that they are from the farming class follows them everywhere even if they are educated, making it difficult for them to secure jobs in business, the civil service, or other industries.

Can such a fractured and troubled nation be democratic? The answer is not until the power-hungry landowning class’s power is checked. Not until the zamindar class pays the millions of rupees it owes in taxes. Furthermore, not until the average Pakistani is equipped with political awareness and an education, will they be able to vote for the right candidates to represent them in the government. As long as the literacy rate of Pakistan remains a dismal 56%, how can we expect Pakistanis to vote independently or freely in a fair election?

The people must take matters into their own hands and start with their communities. It is an uphill battle but with dedication and commitment, as well as time, it can be won. There are examples of regular Pakistanis who became inspired to truly build their nation and succeeded in causing positive change.

For such change, most importantly, tax evasion and corruption must be challenged head-on and those responsible must face consequences, no matter how many acres of land they own. It is because the zamindar class believes it is above the law that it is able to buy its way out of every situation. This mindset of entitlement is not exclusive to Pakistanis but it has succeeded in permeating every part of the country’s social structure and must be challenged if democracy is to be attempted. Until poor farmers from villages “owned” by landowners stop being subjugated and told who to vote for, democracy cannot become a reality. There must be an overhaul of this elitist system of government with distribution of power if elections and votes are to have any real meaning.

Until then, democracy will be an ideal, not a reality in Pakistan.